When she addressed the Parliament on April 22, President Samia was categorical that she wants to boost agricultural productivity.

She emphatically said that it was unfortunate that though agriculture employs about 65 percent of Tanzania’s working age population, the sector accounted for only 27 percent of the Gross Domestic Product (GDP).

“This is largely due to low productivity. For instance while in a full productive setting, one is required to produce eight tonnes of maize per hectare, Tanzania’s farmers produce only 1.9 tonnes per tonne. Similarly, a Tanzanian cotton farmer produces 250 kilograms per acre instead of 1,000 to 1,250 per acre,” she said.

Though Tanzania was the second country in Africa in terms of livestock population, the sector only accounts for 7.4 percent of Tanzania’s GDP.

“In the 1919/20 financial year, Tanzania produced 701,679 tonnes of meat and three billion litres of milk due to low productivity. Our cows produce only three litres per day on average instead of between 20 to 30 if modern technologies are put to use. Our cattle produce only 150 kilograms of meat instead of between 500 and 600 kilograms in some developed countries,” she stressed.

Irrigation farming will be given special importance in the coming four years, with the size of irrigated land increasing from the 561,383 hectares to 1,200,000 hectares come 2025.

“That way, we will be able to reduce our dependency on rain-fed agriculture. Farmers will be required to farm on commercial basis and contribute towards costs for preparing irrigation infrastructure,” she said. In livestock, the focus will be helping livestock keepers to own few animals that yield better returns. A total of eight shipping vessels will be bought during the coming four years.

Reflecting on the President’s 100 days in office, the CRDB Bank Group CEO and Managing Director, Mr Abdulmajid Nsekela says his bank supports President Hassan’s assertion, saying that was precisely why the lender had been at the forefront of agricultural financing for a long time.

“We strongly support the President’s statement and we join hands with her government so that we can jointly boost agricultural productivity and move millions of Tanzanians out of poverty,” he says, noting that his bank had been issuing loans to agriculture and its entire value chain for a long time. 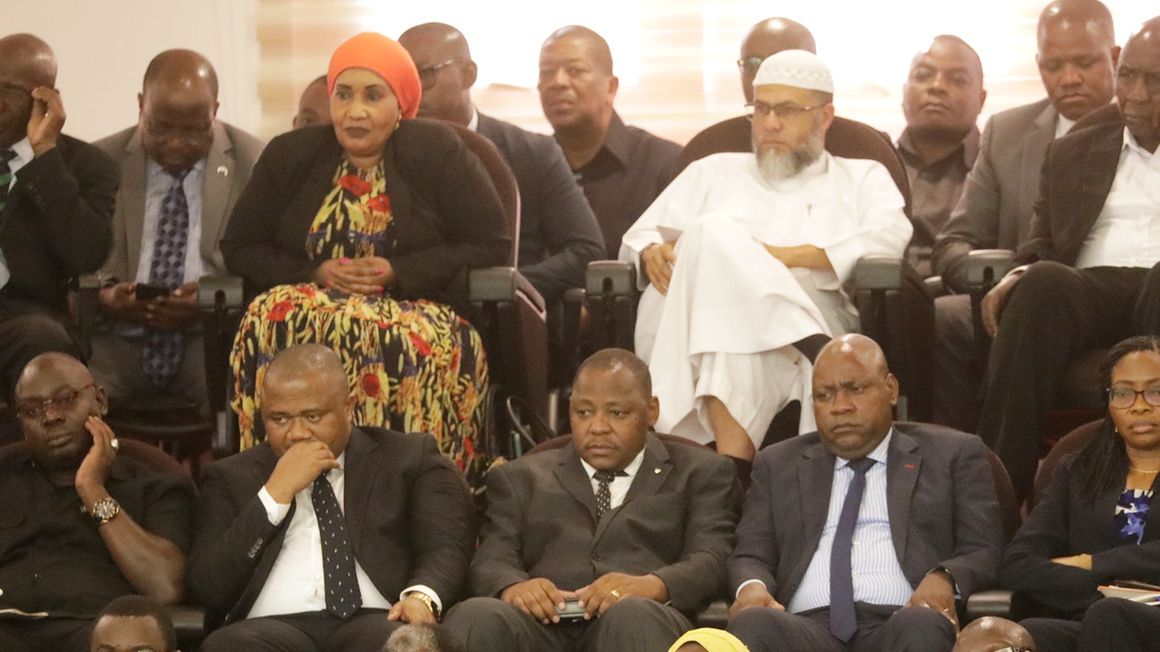 CRDB Bank, CEO Abdulmajid Nsekela (second left, front row) seated with some heads of financial institutions following a speech of Her Excellency, Samia Suluhu Hassan, The President of the United Republic of Tanzania at the National Assembly, Dodoma.

A breakdown of the amount shows that the loans had been going up during the years. 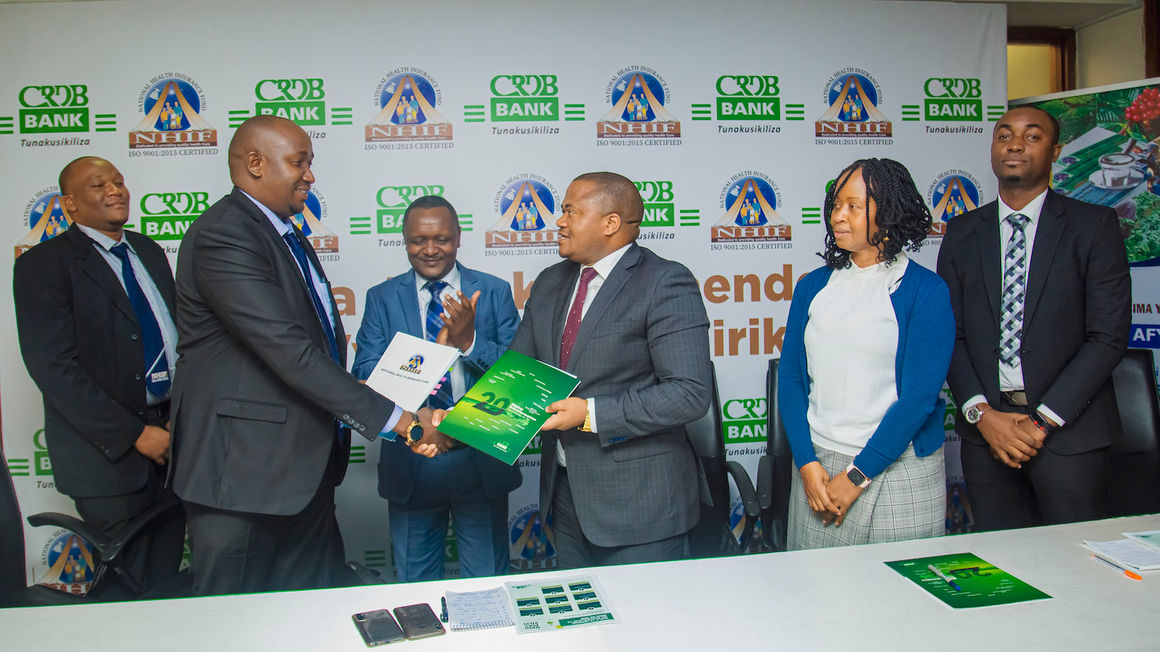 “We have been doing this because we understand that there was no way you can build Tanzania’s economy without supporting a sector that employs a majority of the country’s working age population. We will keep doing do,” says CRDB Bank Plc’s director of corporate affairs, Ms Tully Mwambapa.

A look at the 2021/22 budget – which was presented in Parliament on June 10, 2021 – reveals that President Hassan is walking the talk with regard to boosting agricultural productivity in her effort to drive medium to long term sustainability.

Understanding the tie-in between agriculture on one side and a conducive business climate on the other, President Hassan’s maiden budget brings a number of measures that will see the private sector thriving for the benefit of all, including those engaged in agriculture.

Presenting the budget in Parliament on June 10, Finance and Planning Minister, Dr Mwigulu Nchemba said the government would put special emphasis on boosting productivity of agricultural products through ensuring that farmers have access to bank loans.

“We will work with banks to ensure that farmers, livestock keepers and fishermen are able to boost their productivity by helping them with access to bank loans. We will work hard to strengthen irrigation farming, adding value to agricultural produce and farmers’ market access,” he said.