Following predictions of rain and snow in most of the southern regions of Namibia by meteorological experts, residents of Oranjemund and Luderitz experienced heavy rain with a hailstorm on Monday afternoon.

Weather Forecaster at the Namibia Meteorological Office Richard Nashikaku said the southern mountainous areas of Namibia can expect snow early this week, with extremely cold conditions persisting throughout the week in the rest of the region.

Thunderstorms will persist over the southern regions, Central-coast and Southern-coast till Wednesday. Frost is most likely over the Central and Western parts on Tuesday, he said.

Nashikaku added that this coming weekend will also be quite cold in the aforementioned areas, with frontal cooling expected in the South.

According to him, heavy fally with hail storms are most likely in the South Eastern and Eastern region of the country.

He advised small-scale farmers, especially in the mountainous areas of the Kharas Region, to take the necessary precautions with more rain and cold weather expected in the region as the week progresses.

According to the Namibian Agricultural Union (NAU), extremely cold conditions can lead to death or injury of livestock if the animals’ core body temperature drops below 35 degrees Clesius.

Farmers are therefore advised to monitor animals during extremely cold conditions and to ensure the provision of good quality food, adequate water and shelter so that animals are protected from the cold and have enough nutrients to produce heat. 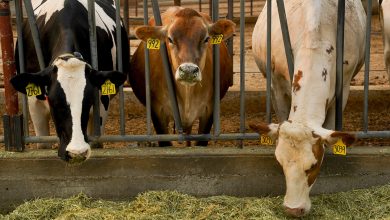