After a brief downtime from blogging, I am finally adjusting back to my normal routine, and today’s comment will briefly reflect on South Africa’s agricultural machinery market performance in 2019.

This is one of those sectors that “feels the cold when farmers are sneezing”, and 2019 was certainly that case.

South Africa’s primary agriculture underperformed because of drought and biosecurity issues, amongst other aspects.

The constrained farmers’ income on the back of the aforementioned factors was reflected in agricultural machinery sales for 2019.

But the drought, which led to lower agricultural output, is not the full story.

It helps to remember that 2019 followed a year where agricultural machinery sales were relatively robust (in 2018), which implies that the rate of replacement in 2019 was going to be low, as we have witnessed on the aforementioned sales numbers.

What’s more, there have been questions about whether agricultural policy, which has dominated the headlines in the past few years (certainly between 2017 and 2019), has influenced farmers’ attitudes on investments.

To this end, we continue to monitor, through the Agbiz/IDC Agribusiness Confidence Index (ACI), the influence of policy discussions on agricultural investment.

Certainly, sentiment in the farming sector has generally been subdued for the past six quarters (counting from Q4, 2019).

This is the longest period the ACI has trended below the neutral 50-point mark since 2010.

This implies that agribusinesses are still downbeat about business conditions in South Africa.

But we are yet to have a full picture of the sector’s fixed investment numbers for 2019.

What we found rather comforting thus far is that fixed investments in the sector did not decline notably in 2018.

However, as we have indicated at the end of 2019, the subdued confidence levels suggest a need for urgency in moving the policy levers to ensure that, at least matters that are in the South African policymakers’ reach are well addressed in the interest of sustainable growth of the agricultural and agribusiness sector.

In as far as the agricultural machinery market performance for 2020, a lot will depend on what happens on crop production.

The recent rains have been very helpful in most parts of the country, and farmers have thus far managed to plant a great deal of the intended 3.9 million hectares for summer crops.

For major crops such as maize, about 90% of the intended 2.5 million hectares have been planted.

A lot of this, however, happened way beyond the optimal planting dates. And some areas are still finalising plantings.

This adds some level of uncertainty about the potential yields at the end of the season.

Most importantly, the South African Weather Service has flagged a possibility of below-normal rainfall in summer crop growing areas over the next two months.

This is another major risk for crop yields, albeit the crop currently looking good in some areas that have already planted.

The interplay of these factors in the next few months and subsequent crop output for the 2019/20 production season will be an important determinant of agricultural machinery sales performance this year. 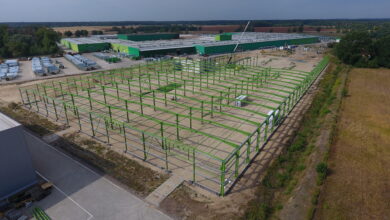 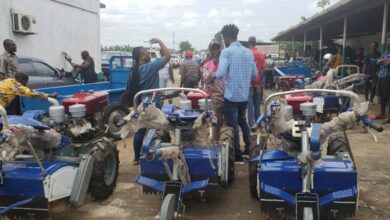 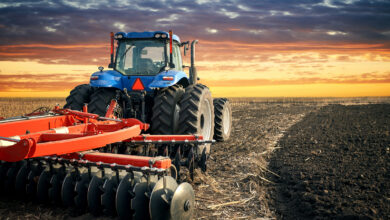