Is the planned Musina-Makhado Special Economic Zone (SEZ) a mere “speculative bubble”, is it a “nightmarish scam” or will it eventually succeed in providing jobs to more than 20 800 people? The bigger question is whether the region has the water resources to sustain such ambitious plans.

The research was done by Victor Munnik from the Society Work and Politics (SWOP) Institute from the University of the Witwatersrand. It was commissioned by the Freidrich Ebert Stiftung’s SA office.

In the study some worrying figures are mentioned as to the water consumption of a coal-driven industrial complex. It indicates that the Limpopo river basin can by no means provide the water needed for such a development. Plans to channel water from other sources are described as unrealistic and dangerous. These plans include getting water from the Zhovhe dam in Zimbabwe or the Tuli Karoo aquiver, which overlaps into Botswana.

In his study Munnik discusses the complexity of control over water resources in Limpopo, especially because four countries, Botswana, South Africa, Zimbabwe and Mozambique are involved. The Limpopo river is a “closed catchment”, because all water resources have been allocated to activities already in operation, says Munnik.

The idea to establish a mega industrial park close to the country’s northern border surfaced around 2014 and brought to the fore a somewhat controversial Chinese businessman, Mr Ning Yat Hoi. He is the chairman of the SEZ operator, South African Energy Metallurgical Base (Pty) Ltd.

When the 90-year contract was signed in September 2017 to appoint Mr Hoi’s company as sole operator of the special economic zone, he was already embroiled in controversy. In April 2017 he was removed as CEO of the international mining group ASA Resources, following alleged irregularities. The SA Department of Trade and Industry (DTI) seemingly did not pick up on any of the controversies and the 90-year contract, with a further 30-year extension option, was signed on 15 September 2017.

In Munnik’s report, he discusses the water that would be needed to run such plants. “According to the Final Scoping Report of September 2019, the EMSEZ will need 30 Mm³ (millions of cubic metres of water) per annum during a construction phase of 9 years, and then 123 Mm³ to operate an onsite coal fired power station and several iron and steel factories,” writes Munnik.

Munnik then analysis the water use of the various plants mentioned by the SEZ operator. There are numerous unknowns, but he estimates the water use could be in the region of 50 Mm³ per annum. “There are additional projects in the pre-feasibility, among them a ‘steel plant’ that will use a monstrous 300 Mm³ a year,” says Munnik. He also excluded the water use of the four coal mines belonging to MC Mining in the area, or Exxaro’s coking mine at Tshikondeni which may be reopened if the EMSEZ gets off the ground. “It may also be that the project planners do not really know or care how much water they will need,” says Munnik.

Do we have the water?

The Limpopo river basin is already under severe stress and many water users do not have adequate access to water. A 2011 study showed that around 18 million people were living in the international Limpopo basin, which covers an area of approximately 408 000km². The main water users are farmers, with irrigation accounting for 50% of the use. Urban use is 30% and mining, power generation and rural water use each claim around 6%. “The majority of residents in the catchment are poor, small scale or subsistence farmers,” writes Munnik.

Munnik points out that the majority of water users are far less visible to policy and decision makers. “The result is that these are the most fragile water rights or entitlements,” he says.

In the northern part of Limpopo the situation is slightly more tilted to agricultural use, with 72% of the water being used for irrigation. “Most of the water is sourced from groundwater (57%), with surface water at 43%,” writes Munnik.

“Recent research indicates that there is much more informal (that is, self-organised) irrigation in the Limpopo province (mostly in the former Venda area) than indicated in official statistics: 30 000 informal irrigators working up to 80 000 ha in the province,” he says.

Closer to where the EMSEZ is to be established, the water would need to come from the Sand River catchment area as well as the Nzhelele River and Nwanedzi River catchment. The Sand River is the driest catchment, with limited surface water resources. It has exceptional groundwater reserves “which have been fully and possibly over-exploited, mostly by irrigation,” writes Munnik. The catchment uses far more water than it has available and the shortfall needs to be supplemented from other areas such as dams in the Luvhuvhu and Letaba catchments. The situation in the Nwanedzi River catchment is similar, if not worse.

Where will the water come from?

Early plans, detailed in a 2014 study by Aphane Consulting, investigated the possibility of sourcing water from Zimbabwe. It is estimated that 30Mm³ of water can be sourced from the Zhovhe dam, which was built in 1995. Such a step may have a devastating effect on the farmers in the Mzingwane river’s sand bed, which get replenished by releases from the Zhovhe dam. Such a plan would also produce many geological challenges and a large part of the water will not arrive in the Limpopo river, because the aquifer would first need to be saturated.

The most likely solution, according to Munnik’s study, would be a water grab from the Tuli aquifer. This aquifer spans over a 12 000 km² and overlaps into Zimbabwe, Botswana and a small section of South Africa. “The aquifer hosts 55 boreholes in Zimbabwe, 24 in Botswana and 11 in South Africa. At the edge of the aquifer, Musina town pumps from it,” says Munnik. Several reports have warned that water grabs from this sensitive area may have far-reaching effects on rural communities, who still make use of fairly unsophisticated methods to obtain water.

“The EMSEZ is the worst threat to the Tuli Karoo aquifer. If operators intervene in this system and deplete it, the consequences will be far reaching and close off development possibilities for these communities,” warns Munnik.

The exploitation of a shared water resource may also have diplomatic consequences. “There are four governments involved with the Limpopo river, and opposition from any one of them may lead to diplomatic tensions that may scupper the project,” writes Munnik.

An insult to climate change agreements

In Munnik’s report he points out that the EMSEZ defies all efforts to mitigate climate change. He describes the project as “a politics of opportunism and tactics aimed at exploiting the last spoils of a sunset industry.”

The factories envisaged can be expected to pollute water sources in the area, both surface and ground water, given the weak state of water quality regulation in South Africa. “An increase in coal mines in the area will lower the regional water table, causing community wells to dry up, a phenomenon already witnessed by rural communities in the area,” says Munnik.

Munnik is also not convinced that the project will necessarily have the full backing of the Chinese government. The Chinese government is taking climate change mitigation more seriously and if the economic viability of a project such as the EMSEZ is in question, they might withdraw support. In this regard Munnik points out that the worldwide demand for steel has plummeted, resulting in a slow-down in the construction industry. 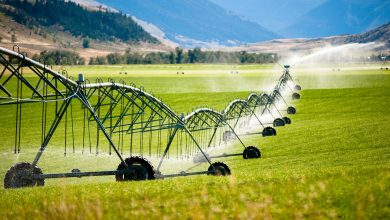 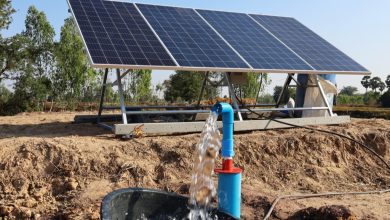 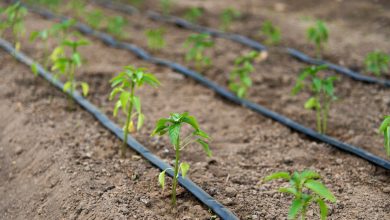