A severe drop in water temperature can kill tilapia fish stock in an aquaculture system, and a proper heating system is the only solution.

The first flush of winter cold usually provokes a flurry of activity in the warm water fish sector when system operators suddenly realise that cold can be a killer.

In the past few weeks, I’ve come across several farmers, mainly those with aquaponics systems, who were unprepared for winter and whose water temperatures declined to below 14ºC. This can be lethal to the stock.

The cold facts
Whilst many tilapia species can survive winter cold to some extent, an examination of the facts clearly shows the following:

Mozambique tilapia in the wild, at the extremity of their natural range (in the Eastern Cape), can survive 9,5ºC for a few days. Crucially, however, this applies only to wild populations, and only to large adult fish.

In the more stressful environment of an aquaculture system, where crowding and water quality impose stress on the fish, I suggest that 14ºC is the lowest practical temperature that tilapia can survive.

Yes, we’ve all heard about Joe’s fish that lived through the winter outdoors in a farm tank in the Karoo, and no, we don’t believe it! Mostly these are misidentified vlei kurper (Tilapia sparrmanii) anyway.

Small-volume systems such as those typically seen in aquaponics, where cut-down domestic plastic water tanks are often used, lose temperature very quickly, sometimes as much as 4ºC overnight.

This can provoke outbreaks of fungal diseases and create a situation where latent parasite infections suddenly become lethal as the fish become stressed and lose immunity.

Increasing the salinity to around five parts per 1 000 can help considerably, but this cannot be done in an aquaponics system due to plant intolerance of such salt levels.

Apart from the obvious solution of housing the fish culture system within a well-sealed greenhouse tunnel, what other heating options are viable?

Many fish farmers have said they are going off-grid, and whilst this may seem desirable, it is not viable for anything other than a small-volume system of a few thousand litres. Doing the calculation on a recirculating system of 20 000ℓ or more shows that investing in solar heating makes little sense. As for the ‘black pipe on the roof’ option, this simply doesn’t work.

Boilers work well, but refuelling them poses difficulties at night. A large boiler heating a 200 000ℓ system requires copious quantities of wood or coal, and the latter is expensive.

Electric geyser-type elements are used only in government projects where the bill is passed on to the taxpayer, and they are inefficient anyway.

Heat pumps are the one and only reliable and viable option. At a heating coefficient of about 3,6:1, they are economical to run, and a 1,2kW unit will keep a 20 000ℓ tunnel-based system warm without drama or excessive running costs. 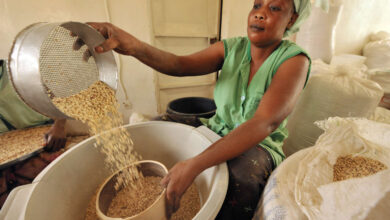 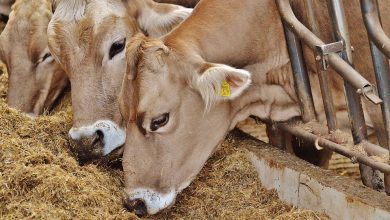 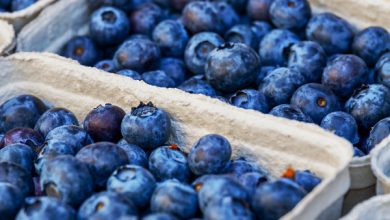 Farming opportunities in Namibia, from blueberries to livestock