The weakening economy is forcing more and more people to find ways to make money and follow different investment options. Livestock Wealth is such a platform that gives ordinary people an opportunity to invest in cattle.

Livestock Wealth has attracted significant interest from the public, the concept is innovative and taps into an age-old form of African wealth – cattle.

WHEN IT STARTED: In 2015, entrepreneur Ntuthuko Shezi, used his interest in agriculture as a tool to start the business. Having grown up in Ndwedwe in KwaZulu-Natal, which is a society with a strong farming culture, it was only second nature for him to walk this entrepreneurial path.

“After realising that there was very little interest and participation in the agricultural sector, I saw a need to create a platform that would enable people who would love to own cattle but do not own land or have the skills to do so,” he says.

HOW IT WORKS: Ntuthukho says it works just like a bank fixed deposit where you invest in a cow for a period of six or 12 months with an option to re-invest. Investors can earn between 10 to 14 per cent a year in returns.

INVESTORS: People who invest come from different walks of life. “About 65 per cent of our investors are black, 30 per cent are mainly white foreigners and the remaining are Indians and coloureds,” he says. “We are also seeing good growth in investment from stokvels and companies.

As the business grows, our biggest challenge has been acquiring AAA grade cows (younger cows that produce juicy and tender meat) and leasing land for additional farms, but we are positive that we will overcome this challenge by working with existing farmers.” 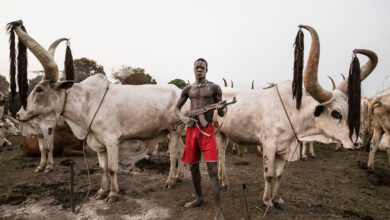 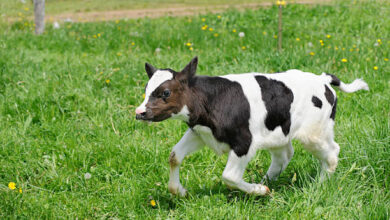 Why you should never subject your calf to stress