For millions of African farmers, owning a tractor to boost production and earn enough to do more than feed their family is a distant dream. But that could all be changing thanks to a simple yet revolutionary approach, which allows farmers to use a tractor as and when they need one.

Almost two-thirds of people in Africa depend on labor-intensive subsistence farming. Until now, the cost of mechanizing agriculture has been a barrier to making small rural farms more efficient and able to produce more food.

Now Hello Tractor, an internet of things-based app, connects tractor owners with farmers who need their services. Farmers are charged a fee based on the type of work the tractor is doing and how long it takes.

As well as helping farmers, the app makes owning a tractor more profitable by ensuring machines are fully used instead of standing idle. The app tracks the movements of tractors, monitors fuel consumption, plans maintenance and allows owners to see who is driving.

Three years ago, Hello Tractor signed a deal to manage a fleet of 10,000 tractors supplied to Nigeria by John Deere. It says the tractors will help bring 22 million acres of land into production, growing an extra 37 million tonnes of food and creating 2 million new jobs.

Agricultural production per capita in Africa is only roughly half the average for the rest of the developing world and Hello Tractor says lack of mechanization is holding back the continent’s farming potential. McKinsey estimates output could be doubled if improvements are made.

Oliver says small farmers cannot afford to own their own tractor but they can benefit from having access to one. “So we provide a business opportunity for the machine owner to connect with these smallholder farmers while providing those farmers with services that increase their yield, their income and of course, reduce the drudgery,” he said in a BBC interview.

“Over 80 percent of our customers live below the poverty line and nearly all of them express increased income as well as higher yields. On average it’s about 40 times faster than manual labor and our services come in at about one third of the cost of manual labor.”

Towards a circular economy

Hello Tractor has been selected as one of the World Economic Forum’s UpLink Circulars Accelerator cohort, one of just 17 circular economy social enterprises that will receive support and mentorship from industry leaders and circular economy leaders.

Led by Accenture in partnership with Anglo American, Ecolab and Schneider Electric, the initiative is designed to help innovators such as Oliver to scale up their activities to build a global circular economy from the ground up.

Back in 2018 at the Global Entrepreneurship Summit in Nairobi, Kenya, Oliver met former U.S. President Barack Obama, who quipped that Hello Tractor was “the NetJet of tractors.” Oliver prefers the phrase “Uber-meets-Salesforce for tractors.”

Whichever way you look at it, Hello Tractor has the potential to transform farming in a continent where 220 million subsistence farmers still “live on less than $2 a day,” Oliver told Forbes magazine: “We’re incredibly proud of our impact so far, but we can’t stop here.

“Ultimately, we’re doing all of this because we intend to create a model that can scale and sustain itself — a model that guarantees farmers can access the products and services they need for generations to come.” 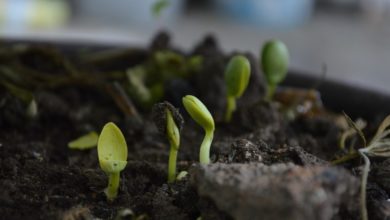 Africa Yet to Meet Target of 10% National Budget for Agriculture 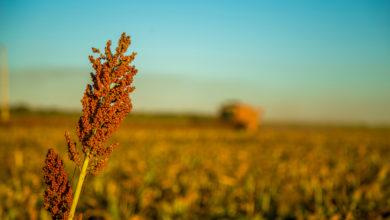