LIVESTOCK plays a significant role in rural livelihoods and the economies of local farmers. They provide income and employment for producers and others working along the value chain.

During crises, livestock is an important social safety net that families turn to for income, food and draught power.

The challenge that most communal farmers face is inadequate grazing to support livestock production.

This has been caused by a combination of factors such as depleted grazing area, degraded lands, overstocking, expanded human settlement, veld fires and droughts. Natural disasters and climate change further increase the effects, thereby depleting rangelands.

Over the past decade, there have been more occurrences of inclement dry weather conditions which harshly affect livestock productivity.

Even after a good rain season, natural pastures have been unable to support livestock for the whole season.

This has had a devastating impact on communal farmers. Every year from the onset of winter until the start of the rain season, a number of livestock deaths are recorded in Matabeleland, a highly undesirable situation for the farmers.

One obvious option will be providing stock feed for the animals which, however, is too expensive for the subsistence farmer.

What has worsened the situation is that the stock feed industry has inadequate stocks to meet the needs of the whole livestock industry and they are rarely stocked in the communal areas. Depleted pastures and unavailability of commercial stock feed presents farmers with an impossible situation of feeding livestock, but this can be changed through innovative solutions of producing animal feed from fodder trees and “bush meal” production.

Bushmeal is an emergency and survival stock feed produced by milling trees and their products into useful fibres that animals can take.

Wood has strong walls and for that reason ruminating animals cannot naturally eat them.

However, they will naturally feed on the leaves, pods and barks of the trees. The wood is turned into stock feed by milling them and turning them into fibre. It is then mixed with supplements and fed to animals either on the same day or stored for future use. The supplements that can be used are crop stover, cereals, salt, shells from nuts and molasses. If the feed is to be stored it must dry before mixing or pelleting.

However, the most ideal are the encroacher bushes such as Dichrostachys supplements, Acacias supplements and Grewia species. For non-encroacher species it is best to use fruits, leaves and or twigs for bushmeal production for example monkey bread tree.

Bushmeal production also contributes to rangeland restoration and reduces the cost of livestock production. It is used to control bush encroachment or to reduce the population of undesirable plants in the rangeland.

Encroacher bushes have severe negative consequences on pastures and land productivity. They suppress growth palatable grasses and reduce the carrying capacity of the rangeland. Fodder trees are an important feed source for livestock.

Farmers have used fodder trees since ancient times and they are common in traditional feeding systems. Fodder trees are easy to grow, require little land, require very little watering, labour or capital, have numerous by-products and often supply feed within a year after planting.

They are important in providing scarce nutrients such as crude protein that is deficient during dry summer months. Shortage of affordable protein-rich feeds for livestock is a major problem in the livestock sector, mainly in the dry season.

Growing protein-rich fodder trees offers an affordable, economical and environmentally sustainable approach to meeting a farmer’s livestock nutritional needs. Agroforestry systems for feeding livestock have emerged over the past decades involving the planting of exotic tree species. These are fast-growing and highly resilient species that require little management.

The advantage of fodder trees over fodder crops is that once fully established they have higher biomass than grass and enough protein to support growth and milk production, especially in the dry season when these species grow extra foliage and also live longer.

There are several protein-rich fodder trees that have been successfully introduced in Zimbabwe.

These include, Leuceana supplement, Acacia angustissima, Calliandra calothyrsus, Gliricidia Sepium, Sesbania sesban, Cajanus cajan and Moringa olifera.The trees are nurtured in nurseries before planting. After selecting a suitable site, the trees are planted at the onset of the rain season.

They are planted between 50cm and 100cm apart. It is important to allow trees to become well established before starting to harvest them.

The stems should have reached a thickness of about 3cm and at least 1m high. It will take six months to two years for them to reach this size.

Premature harvesting will cause poor tree growth and diseases. Various methods can be used for harvesting depending on the species, condition of the trees and season. Harvesting must be done when the trees are at least 1m long. At first harvest (one-two years) cut the stem 50cm above the ground, to enable the tree to grow into a shrub, easy to harvest and more productive.

Harvesting methods include coppicing, pruning/pollarding branches, cutting soft twigs only or allowing animals to browse on for a set time. The cut should be made with a sharp knife and secateurs; it should avoid bark stripping. Cut the stem at an angle so that the cut surface dries quickly after rain thus reducing chances of fungal infections.

A common practice is to harvest fodder trees after summer growth, these are cut, dried then conserved. The fodder can be preserved as hay or fermented into silage dry season feeding.

This is preferably done around March or April. Fodder trees can be harvested by cutting twice or even three times a year.

Key challenges constraining the uptake of fodder trees include limited species appropriate to different agro-ecological zones, shortages of seed and that many farmers lack knowledge, skills needed to grow them and misconceptions about trees and livestock production. Going forward farmers need to harness use of trees for fodder production to ensure sustainable and improved livestock production. In addition to providing stock feed for livestock, fodder trees fix nitrogen, thus improving soil fertility and all the other ecosystem services.

Fortunes Matutu is a forester with the Forestry Commission and has a special interest in social forestry. 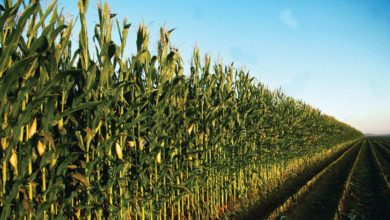