On the 12th of February 2020, the President of the 24th General Assembly of the United Nations, our own Tijjani Mohammed-Bande, convened one of the most crucial Interactive Dialogues of his presidency of the General Assembly. The dialogue was to focus on how to make farming economically more attractive and socially more rewarding career in developing countries. It will also explore which policy measures can best support small holders and family farmers among many other pertinent questions affecting agriculture in the global south. It suffices to say, I was greatly excited when I received an approval from the United Nations to attend the Interactive dialogue, which was on Targeting Hunger: South-South And Triangular Cooperation For Transforming Agriculture

Since the start of my work as an innovator and entrepreneur working in agriculture, I have been fixated on the subject of South-South Cooperation especially with regards to leveraging on solutions and innovations among the countries of the Global South. I have always harboured thoughts around the global South’s shared history and similar challenges and the nature of solutions that will bring about meaningful development to the countries and in fact contribute to global development. I was interested in participating in the dialogue on Targeting Hunger because I have always wanted an opportunity to share my experiences, ideas and skills gathered around agriculture, smallholders and the use of simple, disruptive technologies to solve hunger and improve livelihoods at a stage like the United Nations and a platform such as the South-South and Triangular cooperation secretariat.

Earlier on, I was brought much closer to the phenomenal work of the South-South and Triangular Cooperation by the Forum for Agricultural Research in Africa (FARA) which is headed by another remarkable Nigerian, Dr. Yemi Akinbamijo, when he paid a visit to my offices in Abuja in 2017. I learned how the South-South Cooperation has undergone various changes particularly given the changes in the international system in the early 21st century, such as the deepening of globalisation, the financial crisis, the decline in foreign aid from traditional donors and the rise of emerging state and non-state players or actors.

Through Dr. Yemi Akinbamijo’s FARA, I discovered that among the objectives of the South-South Cooperation is strengthening the capacity of developing countries to identify and jointly analyse their main development issues and develop strategies to address them. Another objective is promoting and strengthening collective self-reliance among developing countries through the exchange of experiences and thirdly, increasing the quantity and improving the quality of cooperation for international development.

With all this at the back of my mind, I settled in for the dialogue at the UN Headquarters, which began with an opening speech from the President of the 74th Session of the United Nations General Assembly, His Excellency Mr. Tijjani Muhammad-Bande, followed by the remarks of Mr. Qu Dongyu, Director-General, Food and Agriculture Organisation of the United Nations (FAO) and Mr. Jorge Chediek, Director, UN Office for South-South Cooperation and Envoy of the Secretary-General on South-South Cooperation. They all stressed on the rising of global hunger for the 4th consecutive year and the genesis of hunger in extreme poverty, which is reflected in the data on poverty from Sub-Saharan Africa and South Asia.

They spoke about the key role of the South-South and Triangular Cooperation in agriculture to address the intertwined issues of poverty and hunger especially in these two of the world’s most impoverished and populous regions; Sub-Saharan Africa and South Asia. They pointed to the essential steps in overcoming hunger in a sustainable manner and how the South-South Cooperation’s role in Agriculture can galvanize economic activity, create employment, improve incomes, spur innovation and stimulate self-reliance and entrepreneurship in developing countries

I listened with keen interest especially as the panel discussion on evidence-based policy making for sustainable agriculture and food systems to combat hunger began. My keen interest was even deepened by one of the panelists, who I have great respect for, Mr. Khalid Bomba, CEO of the Ethiopian Agricultural Transformation Agency. His accounts of the Ethiopian agency’s strides were insightful and demonstrated the viability of using well-coordinated, sustainable agriculture as a lever to fight poverty, hunger and illiteracy. This agency under the leadership of Mr. Bomba supercharged agricultural development and sustainability in Ethiopia. Other panelists from Indonesia and Ghana all made valuable contributions moderated by Ms. Christine Negra, Special Adviser to UN Foundation.

As I connected the dots between the learning in these various countries and Nigeria, I listened on as the next panel on the role of South-South and Triangular Cooperation in facilitating knowledge-sharing and knowledge-building and leveraging investments in agriculture and food systems to combat hunger headlined by Mr. Jeffrey Sachs, Director, UN Sustainable Development Solutions Network.

However, even as the dialogue drew to a close with people from various agencies, institutions and countries interacting and sharing experiences and learning, one thought clung to my mind from one of Mr. Khalid Bomba’s expositions. He had discovered, through his role at the Ethiopian Agricultural Transformation Agency, “that what holds back progress is often not a lack of knowledge regarding what needs to be done; rather, it is that we fail to make the long-term investments in the systems and institutions necessary to actually get things done”. 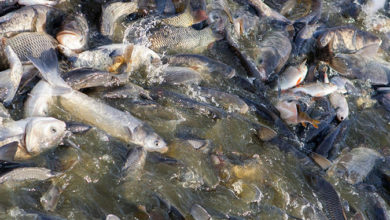 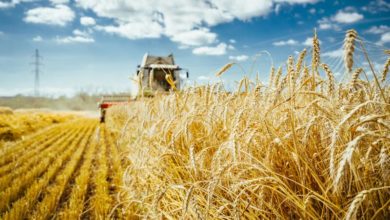 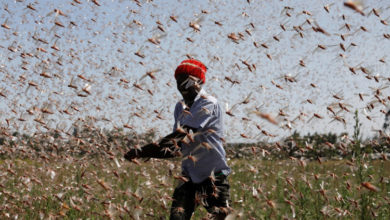 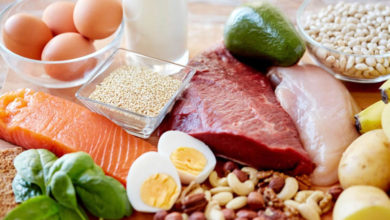 Nutrient-rich foods for a healthy diet