The story of transformation and empowerment in South Africa cannot be told fully without acknowledging the struggles of the country’s small-scale fishers and their battles to be recognised as a viable formal sector, writes Musa Ndlangamandla

The contribution of the fisheries unit of the department of environment, forestry and fisheries in formally recognising small-scale fishers for the first time in South Africa’s history, has been a turbulent journey.

Prioritising the recognition of thousands of small-scale fishers from informal and subsistence to small-scale commercial players, is one of government’s top achievements.

In South Africa between 90% and 95% of the small-scale fishers’ catch is for local consumption.

With support from the fisheries unit of the department, in collaboration with key strategic players, the fishing sector contributed more than R3 billion to the country’s GDP last year.

“The fisheries sector is an important element of the oceans economy strategy and the battle against poverty, inequality and economic challenges,” said Minister of Forestry and Fisheries and Environmental Affairs Barbara Creecy, when issuing 15-year fishing rights to 20 cooperatives representing more than 1 500 small-scale fishers at Kwazakele in Port Elizabeth, in the Eastern Cape, recently.

The small-scale fishing sector will directly benefit more than 30 000 people from the coastal communities in the Northern Cape, the Western Cape, the Eastern Cape and KwaZulu-Natal.

The fishing industry comes from a painful history of neglect.

Even after South Africa ushered in a new democratic dispensation in 1994, the wheels of transformation have been grinding slowly for the industry.

Compounding the situation is the climate crisis, a global phenomenon that has led to an unprecedented dwindling of marine stock.

To turn the tide, the fisheries unit, in collaboration with the private sector, has prioritised capacity building, skills development, access to finance and markets for small-scale fishers, so that they play a more pronounced role in the mainstream economy – instead of remaining mere price takers fighting for survival in an industry that historically has kept them on the edges of the value and supply chain.

“This fuels overfishing as the small-scale fishers are left with few options but to catch more fish to sustain their livelihoods. This perpetuates their marginalisation and incurs huge social costs in fishing communities, while the environment faces increasing pressure,” said industry expert Chris Kastern of Abalobi, a fisher-driven social enterprise based in Cape Town.

Small-scale fishers, through their cooperatives, are allocated solid fishing rights and access a number of support programmes in partnership with provincial governments and the private sector.

The department has been visiting the coastal fishing communities to issue certificates to registered cooperatives and allocate renewable fishing rights of 15 years.

The department initiated a programme to train researchers, recruit students at tertiary institutions and encourage them to take up careers in the industry.

Internships, some at institutions overseas, are also offered.

The programme has been expanded to neighbouring countries to ensure the department recruits young black scientists.

There is a bursary scheme in place to support young people in different areas of study, including aquaculture, oceanography and fishery science and fishery economics.

Creecy also noted that the sector needed to embrace digital technology which would open tremendous opportunities to transform cooperatives into sustainable and inclusive businesses.

Working with Abalobi, nonprofit organisation and the small-scale fishers, the Abalobi app was designed.

According to Serge Raemaekers, the director of Abalobi, the app enables small-scale fishers to play a meaningful role in the co-management structures and address issues of illegal, unreported and unregulated fishing in their coastal waters.

“Guided by the small-scale fisheries policy of 2012, the department has been working in close collaboration with industry partners and the private sector to assist small-scale fishers to set up cooperatives in the coastal communities, registering them with the Companies and International Property Commission and providing extensive training in fishing and cooperative management,” Creecy said.

To date 122 small-scale fishing cooperatives have been registered across the Northern Cape, the Eastern Cape and KwaZulu-Natal.

The Western Cape fishing communities are eager to get on board.

These milestones would not be possible without the active participation of the private sector.

The Oceana Group, the biggest fishing company in Africa, which is listed on the JSE and in Namibia, has been instrumental in fostering real transformation in the fishing industry.

This has been done through providing jobs to members of fishing communities and formalising training opportunities for all registered small-scale fishing cooperatives.

“At Oceana Group we draw from more than 100 years of industry capabilities to work in close collaboration with the department in the provision of sustainable and scalable solutions to small-scale fisheries cooperatives and all stakeholders across the fishing value chain,” said Imraan Soomra, Oceana’s chief executive.

“We share the department’s belief that to ensure real transformation and real empowerment and for high impact and reach, the shared solutions should ultimately lead to the small-scale fishers being financially self-sufficient.”

Oceana’s goal therefore was to work with the department and other players in the fishing industry to lay the foundation for, and facilitate growth of, profitable and sustainable small-scale fisheries cooperatives that satisfy the needs of the local and international markets, he said.

Soomra said the goal was for Oceana to play its part to ensure that the small-scale fisheries cooperatives became successful and attracted support from impact investors.

The department’s positive approach to gender equality was also highlighted as a key success factor.

“The department continues to bring positive change to an industry that was dominated by big fishing companies run by white men with a monopoly over our marine resources,” said Khethiwe Mabuza, a member of a small-scale fisheries cooperative in Richards Bay, KwaZulu-Natal.

“We laud minister Creecy and her officials for empowering women and young people by ensuring that they benefit from the fishing industry eco-system. This includes the secondary spin-offs comprising sales of fish and fish products, fish cleaning and preparation, boat building and boat repairs and net making and repairs,” Mabuza said.

“The department understands that women are often the primary care-givers and sole income earners in their families, and face daily struggles to sustain their extended families. The department also understands that South Africa’s young people need to be absorbed into the fisheries sector, and given the required tools and skills in order for them to lead healthy, productive lives.”

How to safeguard your fish against the cold 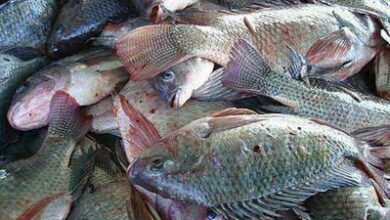 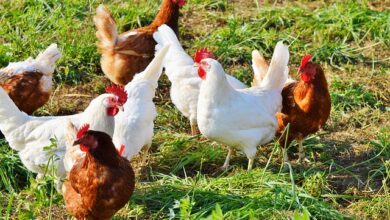 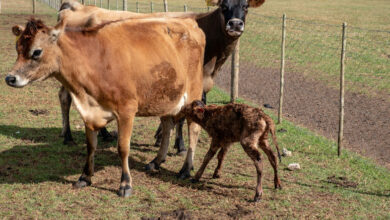 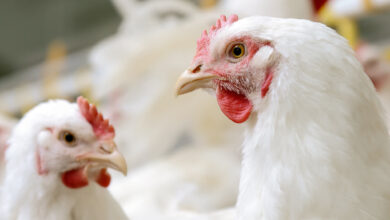