According to Norman Dlamini of FSA, once the winch has proved its worth in different forestry operations it will be ‘commercialised’. This process will provide local entrepreneurs with an opportunity to pitch for the manufacture and marketing of the winch.

The winch has been developed by Bioresources Engineering students from the University of KZN on behalf of FSA, supervised by Simon Ackerman and Eric Msomi of NCT, with funding support from the Forest Sector Innovation Fund.

The winch is made from off-the-shelf components, is powered by a Kohler 7 hp petrol engine, and can be transported to site on the back of a bakkie. It can be wheeled into position at the top of a rack by one person – like pushing a wheelbarrow. Approximate cost of the winch (as at November 2018) was around R35 000. 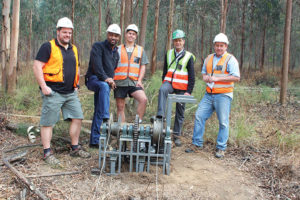 Winch productivity
In a wattle compartment the winch extracted around 10 tons of timber per shift (452 logs) with a team of 5 people on a 0-100 metre haul distance on a 20% uphill slope.

The winch is equipped with two drums, 100m haul-in cable and 200m haul-out cable. The haul-in distance could be extended to 175 m if necessary. It has a 2:1 reduction gearbox and has plenty of power and torque.

The first prototype was based on a chainsaw engine. It was a good idea but did not have enough power and torque. The second prototype was too big and bulky. The current prototype ticks all the boxes and is close to being ready for commercialisation.

Although it has been designed specifically for use by small scale farmers, the winch has also attracted interest from large scale growers as it is good for extracting thinnings. According to Norman, MTO Lowveld is testing out the winch in their plantations, and another unit has been ordered by PG Bison for use in the Western Cape.

The winch is relatively affordable, safe and simple to operate – and productive. Brad Shuttleworth of Forestry Solutions has done a productivity study and has been involved in training community foresters on its operation. 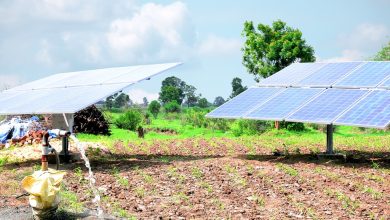 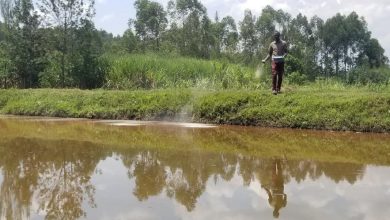 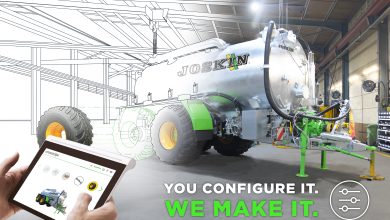