The exponential growth is attributed to increasing demand for healthy white meat, urbanisation and rising incomes.

Due to the high demand for poultry products, the number of hatcheries has been rising by the day.

There are 10 operational licensed hatcheries, one distributor of day-old chicks and thousands of unregulated facilities and incubators churning out millions of chicks every three weeks.

With ease of access to incubators, especially from China, hundreds of farmers are, thus, hatching and selling chicks.

This is posing the risk of spread of diseases such as Pullorum and Mareks, in addition to raising public health concerns due to zoonotic infections.

To engage in hatchery and breeding as an agribusiness, one must have some basic understanding of the required standards, a breeding farm and day-old chick distribution/marketing points.

A hatchery is a facility where fertilised eggs are hatched into chicks under artificial conditions. Although individuals are allowed to hatch eggs for their farm poultry production, it is illegal as per the Animal Diseases Act chapter 364, legal notice 47 (Hatcheries Rules, 1985) for a person to operate a hatchery for sale of chicks to farmers without a licence from the Director of Veterinary Services (DVS).

According to the act, anyone engaging in illegal business risks imprisonment for a term not exceeding six months or a fine not exceeding Sh5,000 or to both.

The licence is issued after an entrepreneur has constructed a hatchery as per the ‘Kenya Poultry Hatchery and Breeding Farm Inspection Protocol, 2018’, developed by the DVS in collaboration with poultry industry players.

Apart from the DVS licence, before starting a hatchery, one is also expected to carry out an Environmental Impact Assessment (EIA), which is overseen by the National Environment Management Authority (Nema).

According to the guidelines, the basics of a hatchery are:

The structure can be permanent, semi-permanent or temporary but should be located 50-100 metres away from other livestock.

It should be made of materials that are easy to clean and disinfect.
It must have a good drainage.
It should be surrounded by a security fence to prevent unauthorised entry.
It should have provision for biosecurity measures such as foot and wheel baths.
Though it should be a single building, the design should provide for physical separation of areas for staff sanitation, receipt/storage of eggs, incubation, hatching, sorting, sexing, vaccination and dispatch of day-old chicks. In small establishments, the operation maybe in the same room as long as there is time separation and disinfection in between the operation.

If the hatchery is used to process eggs for more than one species, say chicken and turkeys, resting and disinfection should take place between the operations.

Records are mandatory for purposes of traceability while waste disposal of materials such as dead chicks, broken/infertile eggs, shells and others should be in accordance with the Environmental Management and Coordination Act (EMCA), 1999.

Vaccination against Mareks and consulting a certified veterinarian are also required.

Day-old chicks must be vaccinated against Mareks disease before sale.

Breeding farm
This is an establishment for the selective breeding of poultry for production of hatching eggs, commonly referred to as the parent stock as they produce the chicks that the farmers rear for meat or egg production.

It is more convenient for a hatchery to have its own breeding farm than sourcing for the eggs from external sources.

The farm should be separated from other farming activities by a physical wall/fence that should extend to be a perimeter fence; should have good drainage; adequate ventilation and have biosecurity provisions.

Where the birds are reared outdoors, they must be confined to prevent unauthorised access by people and vehicles.

The farm should have facilities for staff sanitation; eggs, feed stores, offices and bedding material should be separated from the poultry house.

Waste of animal by-products such as dead birds plus litter should also be disposed of far from the poultry houses; equipment, water and feed sources should not be a source of contamination or introduction of pathogens and disease conditions.

Welfare of the birds should be observed to ensure that they are not exposed to danger and suffering.

The houses should be rodent and pest-proof and the birds should be vaccinated against common diseases such as Newcastle, Mareks, Gumboro, Fowl Typhoid, Avian encephalitis and infectious bronchitis.

Birds should be tested for the Pullorum disease between 18 and 22 weeks of age. On the farm, one should use medicines only authorised in the country and keep all records indicated in the protocol and ensure that the standards are maintained through annual inspection/licensing by veterinary inspectors.

Distribution points should be inspected for purposes of licensing, and existing ones inspected for determination of annual renewal of the licence. The facilities should be well-ventilated and animal welfare assured.

KENYA’S GOVERNMENT NEEDS TO INTERVENE IN THE LOCAL POULTRY INDUSTRY 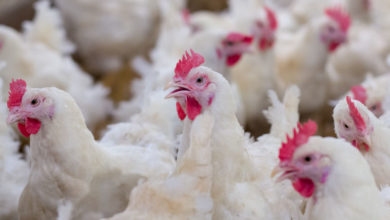 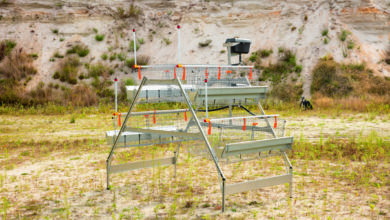 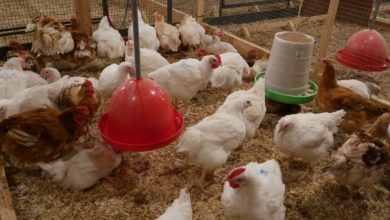 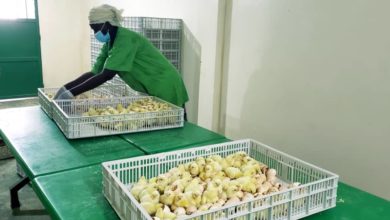