Kajiado Governor Joseph Lenku has ordered the closure of all livestock markets along the Kenya- Tanzanian border for the next 14 days.

The move follows the discovery of two cases of COVID-19 in the County, which have been traced to Tanzania.

Lenku who was speaking in Kitengela town Friday said the proximity of the county to Tanzania which has recorded a high number of positive cases puts it at risk necessitating the closure of the markets to curb the spread of the virus.

Last week, sale of livestock from Tanzania was banned in all Kajiado markets as traders had complained that Tanzanian nationals were still accessing markets with their cattle through illegal routes.

“We have closed all markets along the Kenya -Tanzania border for 14 days starting with the Ilbissil Livestock Market. This is in a bid to curb the spread of corona virus. As you know two new cases were reported in the county and both of them were traced to Tanzania,” said Lenku.

Traders at the Il Bissil livestock market however opposed the move to close the market saying that their livelihoods would be affected by the closure.

John Ngaur, a trader said he depends on the market to earn a living from the sale of livestock and the closure would affect him financially.

He urged the Government to instead increase surveillance at the border and illegal entry points so as to prevent livestock from Tanzania from getting into the market.

“The move to close the markets will affect us greatly. We are pastoralists and depend on livestock to earn a living. What the government should do instead is tighten security at the border and all `panya` routes to prevent Tanzanians from accessing our market,” said Ngaur.

Kajiado Governor Joseph Lenku issues sanitisers to be distributed to the residents for free. Photo KNA

Margaret Wambui, another trader at the market also opposed the closure adding that the livestock market is one of the biggest in the county and its closure would result in loss of income for many residents.

Some residents however welcomed the move noting that they were a time bomb.

Pastor Charles Keringai,a resident of Namanga said the move was long overdue as residents were not following laid down guidelines by the Ministry of Health aimed at
curbing the spread of Covid -19.

Keringai said most traders and buyers at the market were not observing social distance or wearing face masks in public and this was putting everyone at risk of contracting the virus.

He added that livestock from Tanzania still made its way to the market despite the closure of the border and thus it was necessary to close the market to protect the residents.

Governor Lenku further launched three motorised sanitisation booths in Kitengela town and called on the residents to adhere to the Ministry of Health guidelines in the fight against COVID-19 by washing hands with soap, wearing face masks and keeping social distance.

He also released 100,000 face masks and 5,000 litres of sanitisers for issuance to Kajiado residents for free.

Speaking at Isinya Vocational Training Centre, Lenku said the County is now able to produce 50,000 masks every week at the centre. 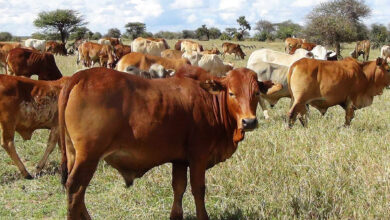 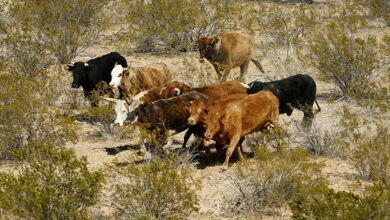 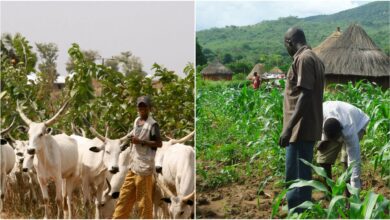