Saying the past three years have been tough for the South African poultry industry would be a gross understatement. Drought conditions in various parts of the country caused maize prices to hit record highs in 2016, resulting in broiler feeding costs to increase by 13.5 percent while producer prices increased by a mere 1.2 percent.

The higher feeding costs have rendered farmers less competitive against cheaply imported poultry products, causing widespread job losses and the end of many small-scale farming operations. RCL Foods alone had to close 15 farms and retrench 1,350 workers to keep its head above water.

With the drought breaking in maize-producing regions, things looked better for 2017. Feed prices decreased by 10.5 percent, while producer prices increased by 15 percent. But the spike in producer prices, unfortunately, was caused by the first ever highly pathogenic avian influenza outbreak in the country.

The industry did have a contingency plan in place, as industry leaders reasoned it would only be a matter of time before the virus would hit the country. But the programme’s practical implementation proved much easier said than done, especially when it came to the culling of large volumes of birds in one day.

Whereas farmers in other countries are often compensated for their losses, it remains uncertain whether farmers in South Africa will receive any redress from the government. According to the Bureau for Food and Agriculture (BFAP), about 4.7 million layers and 700,000 broilers worth R 317 million (roughly £17.8 million GBP) were culled during the outbreak, with the total loss in business estimated around R 1.87 billion (roughly £105. 1 million).

The listeria outbreak at the start of 2018 did not really affect poultry consumption, but resulted in the recall of several processed meats. In response, producers reviewed and proactively improved their risk-mitigation measures with many attending a workshop to discuss recently issued guidelines on compliance with process hygiene control and microbiological food-safety performance objectives as required by the Meat Safety Act.

Dr Ziyanda Majokweni, general manager of the South African Poultry Association, says the industry is committed to assisting the National Department of Agriculture, Forestry and Fisheries with meaningful, measurable objectives in this regard: “Pathogen-reduction plans remain key tools both nationally and globally in ensuring the management of food-borne pathogens.”

Dr Majokweni is optimistic about 2019. The industry has managed to get through the 2018 winter with only two confirmed cases of highly pathogenic H5N8 outbreaks in commercial chicken and one in quail. The continued circulation of the virus in ostriches, nevertheless, remains disconcerting.

“New outbreaks have been reported in the European Union and South Africa is watching developments closely and remains guarded,” says Majokweni.

While the industry should be better prepared for future outbreaks, avian influenza will remain a huge threat, with effective disease management largely dependent on the strain of the virus and buy-in of the industry as a whole in investing in efforts to contain it. The possibility of emergency vaccination has been investigated and a proposal on the use of such an intervention has been sent to industry stakeholders for comment.

Marthinus Stander, CEO of Country Bird Holdings, says good rains and maize prices have contributed a good 18 months for the broiler industry, in spite of the avian influenza outbreak. The improved conditions have led to some significant industry investments and allowed farmers to strengthen their financial positions. According to Stander, however, future prices will depend on climatic conditions and the value of the South African rand against other major currencies.

“Our maize reserves are looking good, so an average harvest should be good enough this year,” he says. “We, nevertheless, have not received enough rain to date and there is a 70 percent chance that we might be heading for another El Niño, which is associated with drought in the major maize-producing regions of South Africa.”

The value of the rand would have an impact on maize prices, since prices for South African maize are derived from maize prices on the Chicago Board of Trade. Stander says political uncertainty, corruption and talks about land expropriation have been taking their toll on investor confidence and have negatively impacted the currency.

Stander says various studies have revealed that South African farmers are just as efficient and economically viable as their European and US counterparts, in spite of these countries benefitting from subsidies: “These and other countries are dumping pieces of meat that are unwanted by their consumers. This is not only a problem in South Africa, but is preventing the development of poultry industries in other parts of Africa.”

According to reports from the South African Revenue Services, total imports for 2016 increased by 17.1 percent to 560,155 tonnes in comparison with the previous year and would have been 20 percent higher if it had not been for avian-influenza-related trade bans imposed on December’s imports. At 556,877 tonnes, imports in 2017 were 0.6 percent lower than in 2016, but 25 percent higher than the industry’s five-year average. The value of these imports was 17.5 percent higher at R 6.44 billion (roughly £364 million).

Dr Majokweni points out that the South African poultry industry sheds 1,069 direct and indirect jobs for every 10,000 tonnes of broiler meat that is not produced locally.

South African feed and poultry company Quantum Foods said on Thursday half-year earnings could fall as much as 38 percent, partly due to a margin squeeze in its egg business because of lower selling prices.

The group said headline earnings per share for the six-months ended March 31 were expected to fall between 28.1 cents and 34.9 cents, down between 23 and 38 percent compared with 45.4 cents for the same period in the previous year.

The owner of Nulaid eggs said the drop in egg selling prices was a result of an increase in supply in South Africa and higher feed production costs. The company expects the egg business, which contributed about 25 percent of group revenues in 2019, to report a loss when it publishes results on May 21.

Headline earnings, the main profit measure in South Africa, were also negatively impacted by a decline in earnings from operations elsewhere in Africa. In Zambia, a very poor 2019 maize harvest resulted in higher feed costs, and consequently lower margins from eggs and lower demand from livestock customers, the company said.

On the upside, Quantum had improved profitability from the feeds business, benefiting from increased volumes supplied to both external customers and the company’s layer farms that had higher numbers of layer hens in production.

Profit from the group’s farming business also improved, mostly due to higher volumes of live birds supplied by the Western Cape broiler farming operations, it said.

“Productivity on the layer farms continues to improve which further contributed to earnings. However, weaker demand from the layer livestock market negatively impacted margins in this business,” Quantum added. 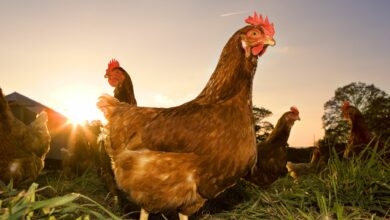 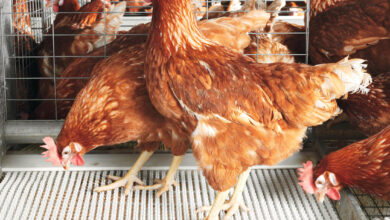 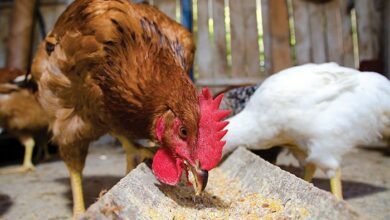 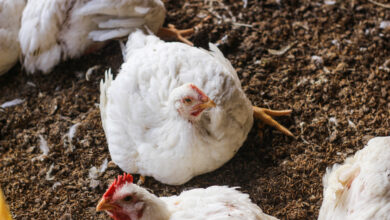 Why Eating Chicken, Fish Treated With Antibiotics Is Dangerous