Seven hundred and fifty (750) trucks ferrying an extensive variety of exports from South Africa going up north through Zambia, to the Democratic republic of Congo, (DRC) Tanzania, Rwanda, Burundi, up to Kenya were backed up at the Kazungula border.

This is the border at the southern tip of Zambia on the Zambezi river which marks the major land route trade gateway from South Africa to the rest of the continent up north.

Beef, frozen chicken, wine, fresh produce, pharmaceuticals, industrial materials, metals, computer, and other miscellaneous goods that are exported to the rest of Africa.

As anticipated, there was uproar; Television footage showed impatient South African truck drivers remonstrating with Zambian officials concerning loss of business because of the delays incurred and perishable goods that would spoil.

Over 600 kilometers on Zambia’s northern border with the Democratic republic of Congo (DRC) a similar scenario was playing itself at the Kasumbalesa border, a key exit point from Zambia into the DRC.

The DRC authorities were effecting their own control measures.

In the meantime consumers were expressing worry about the disruption in the supply of such luxuries as cheese, wine, whisky, shrimp, choice beef cuts, potatoes, fresh fruit and cosmetics.

Stocks of goods in the huge South African chain super markets that are spread along most countries up north would also be threatened.

This is the unassailable trade vantage point that South Africa occupies on the continent which the Covid-19 virus was inadvertently disrupting. At the same time the chaos at border entry points has illuminated the lopsided trade on the African continent.

By introducing measures to screen truck crews against the Covid-19 virus, and putting those with symptoms of the virus in quarantine, Zambia, had effectively disrupted commerce up to thousands of kilometres away up north.

South Africa’s economic dominance has exposed the glaring inadequacies in the economies up north.

For over sixty years, much of Africa north of the Limpompo river has failed to sufficiently develop a viable production base to be able to produce for local demand and export to neighbouring countries.

As a result, a consumer in Kinshasa has to wait for the arrival of a bottle of fine wine and frozen fowl to be delivered over 3,787 kilometres of terrain from a plant in Johannesburg.

When Covid-19 breaks out the delivery is inconveniently delayed.

South Africa’s trade juggernaut into the interior of the continent is referred to as the third major ‘Boer trek’ in some circles, not uncontroversially.

Comparatively, exports and imports between South Africa and the continent is a tale of stark disparities.

Because of its huge industrial base, built over decades spanning a century and more, the South African economy is able to meet demand of the continental market whilst almost free from any need for imports from the rest of the continent.

The statistics have it.

In February 2020, out of south Africa’s US$90.2 billion worth of exports, 26 percent went to Africa. In contrast, Ghana exported only 1.56 percent to South Africa, Angola exported 1.7 percent.

According to current statistics for the ended year, total combined regional exports to South Africa from the 19 member  Common market for Eastern and Southern African (COMESA) grouping was 4 percent of the group’s global exports.

The nature of the goods traded among the African economies weigh heavily in favour of South Africa.

This effectively shuts out any possibilities for a worthy export niche for most goods from up north.

In late April, a representative of the Giant Chain supermarket, Shoprite disclosed in the Zambian capital, Lusaka that currently, the chain store buys 43 percent of its goods from the local producers.

This is certainly some progress of a sort, since in the early days, the major complaint from local farmers was the lack of outlet for their vegetables because South African fresh produce had flooded the local market.

It is aeon of years before the Zambian farmer can expect his pumpkins, carrots, Tomato, lettuce, onion, water melon, and potatoes to grace the shelves of South African supermarkets.

The African continent has been haunted by a mirage from since the independence era, it is this: the vision of economic prosperity through continental free trade.

Enhanced free trade among Africa’s disparity economies has been the much coveted and chased after dream.

Africans have for decades yearned to grow trade volumes among themselves to surpass the trade with Europe, China and the rest of the world through an African free trade area and this quest has been unrelenting garnering support even from the European Union(EU)

Alas, for over six decades, this pursuit has remained precisely what it is: a mirage.

In the Greek mythology account, the protagonist has one vulnerable heel to contend with, there are actually two Achilles heels on Africa in as far as economic considerations are concerned.

These are narrow nationalism and the delusion of protectionism.

For instance, the national flag is much more important than the economic principles of comparative advantage in trade.

For decades this thinking has informed trade policy with African economies perceiving competition and liberalized trade as a death knell for their weak local industries.

Political figures are in the fore front to encourage the ‘buy-local’ crusades as emotional national rallying points and pride campaigns.

Local consumers are harangued to buy imitation fruit juice beverages like apple juice, which would be of poor quality compared to the South African product where the climate is conducive for growing of apples.

Non-tariff barriers (NTBs) have been the weapon of choice in this crusade.

These have not only targeted South Africa but have also been targeted at goods from within Regional Economic Communities (RECs) like COMESA.

Article 49 of the  COMESA treaty stipulates, inter alia, that: “Except as may be provided for or permitted by the treaty, each of the member states undertakes to remove immediately upon the entry into force of this treaty, all the then existing non-tariff barriers to the import into that member state of goods originating in the other member states and thereafter refrain from imposing any further restrictions or prohibitions.”

A minutiae of arguments has been brought to bear on this issue from both sides, such as pre-shipment verification conformity and adherence to the timeframes for NTBs resolutions.

Nontariff barriers have been such a thorn in COMESA’s agenda to the extent that in 2018 the regional body was talking of introducing sanctions against countries that would continue imposing NTBs on imports from other member states.

It is not clear as yet, if the threat has had effect.

Trade policy in Africa tends to be on parallel lines and attended by double talk: The pan African solidarity theme at formal continental gatherings and regional meetings and the strictly national narrative which is mostly contradictory to the former.

If this imbroglio is vexing at the RECs level, the scenario at the continental level is much grimmer.

In May 2019, there was so much fanfare and a mood of solidarity which normally attends such occasions in Africa, when the continental free trade area came into force.

On paper, Africa appeared to be on the threshold of a new economic era where a trade boom on the continent would be the catalyst.

Net income was projected to rise to US$2.8 billion per annum, intra-Africa exports, at only 19 percent in 2018 would double in the medium term.

The International monetary fund, described the development as a potential game changer.

Yet for nine  years, from the moment the idea of a continental FTA was agreed upon, at the African Union summit in Addis Ababa, up to now it is hard slog and not all issues have been tied up yet.

In official corridors across the continent sentiment is somber. There is a consensus that the biggest huddle is the actual implementation of the free trade area; to ensure that procedures and processes for the free flow of goods are realised.

For now, the journey to a continental economic prosperity has been maintained at a snail’s crawl instead of a Rabbit’s sprint. The mirage is still right ahead. Perhaps it is too early yet for champagne bottles to be uncorked.

What role do assets play in understanding rural poverty? 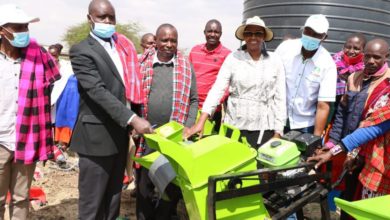 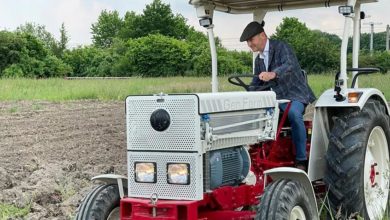 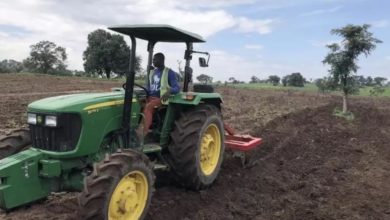 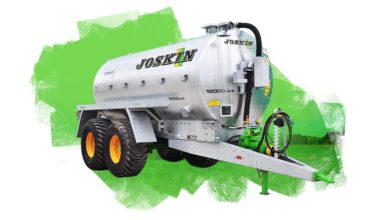