Algeria used to be a Mediterranean farming superpower but has lost its agricultural glory due to erratic rainfall and drought. To address this challenge, a major leapfrog has taken place, enabled by the Internet of Things (IoT) technology. This, as a Ankur Bhan, Founder and Head of WING Business Line, Nokia, explains, has helped a peach farmer in Algeria increase his yields, reduce impact on the environment, and cut irrigation costs.

In Africa’s largest country, the agricultural sector contributes 10% of the country’s GDP and almost 4% of the land is dedicated to farming, according to the Algerian Agriculture Ministry.

The sector is a critical artery to the economy’s heart, yet it faces severe challenges – stringent water restrictions are imposed by the government and farmers are plagued by drought. Though Algeria has been implementing modern irrigation system especially from 2000, it critically needs a further push to improve the production.

That’s exactly why an IoT trial was well aligned to Algeria’s agriculture industry. This smart technology allows users to track all ‘things’ via computing devices so that they can send and receive data that informs decision-making. In this case, for example, the farmer was able to track soil humidity, water patterns, salinity and more.

Nokia has created a first of its kind Worldwide IoT Network Grid (WING) to support various IoT applications. The globally distributed, cloud native core infrastructure and the single IoT platform is offered as a service and provides global reach beyond borders and technologies. This managed connectivity ensures uniform service levels with lower latency and in line with local privacy regulations. And more importantly, we then work with mobile network operators – who can access our IoT ‘grid’ to offer the service to their customers.

For this trial, we worked with Algeria’s largest mobile network operator Djezzy. The farmer did not need to know IoT, but he brought his depth of experience in farming while Nokia and Djezzy provided the technology and connectivity. It was a win-win scenario, proving the limitless potential of IoT and its immense impact on humanity.

How we did it

First, we developed a smart agriculture solution tailor-made for this use case. Soil probes were placed along an irrigation line collecting information about the soil from a 120cm depth to the surface. Various data were collected, such as soil temperature, humidity, volumetric water content, water evaporation or salinity. These readings were analysed, and then allowed the farmer to accurately manage irrigation cycles and soil nutrition deployment.

To underpin the success of the trial, here’s just a snapshot of the results:

The results speak for themselves. The IoT solution connected the farmer to his crop, driving efficiency, reducing costs and unlocking new income. This unprecedented connectivity transformed his world.

This farming trial is a compelling story of how IoT contributes to raising the income levels for farmers and enables them to further modernize their operations.

But not only farmers can benefit from the solution. Communications service providers around the world can accelerate their IoT revenues with limited investment and risk. Smart Agriculture-as-a-Service is just one example of how Nokia WING can provide seamless global IoT services and give access to best-in-class industry partners, offered through flexible, pay-as-you-grow business models. And ultimately, when the time comes, the capabilities of 5G will push remote sensing to the next level, opening up currently unexplored new revenue streams.

Our mission for WING is to shape the future of agriculture and other industries, to create a smarter and more connected world. I was delighted to discuss the trial with IT Web Africa, and I would encourage people to understand more about how the trial worked and transformed the farmer’s life. After all, it’s not every day you hear about IoT unleashing the potential of a peach farm in Algeria, is it? 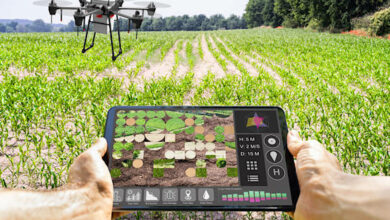 Digital technology, agriculture and the increasing population, By Inyene Ibanga 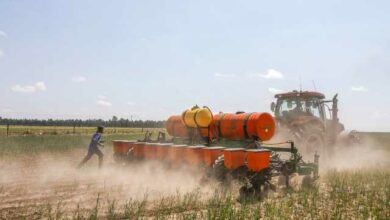 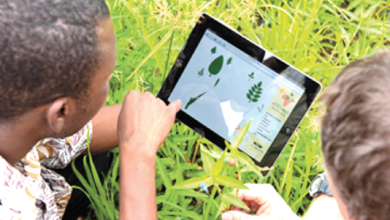 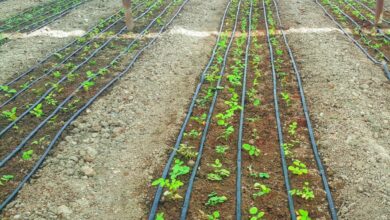