In February, traders in Wangige market, one of the largest egg markets in the East African region, held demonstrations over poor prices, which they blamed on excess imports from Uganda. Eggs sell cheaply in the neighbouring country, prompting imports.

In Kenya, the price of a tray of eggs had fallen to an all-time low of Sh150. Farmers were reeling from losses and were not ready to take it lying down.

On Saturday, Agriculture Chief Administrative Secretary Andrew Tuimur told the Star the cost of production in poultry farming is higher in Kenya than in Uganda.

The high production cost, currently at Sh262, is due to feed, which takes up 70 per cent. The high cost is also attributed to a 16 per cent value-added tax, which was imposed in 2003 on poultry feed.

Tuimur said Kenya does not produce enough eggs and relies on imports from Uganda and South Africa to bridge the deficit.

The Kenya Poultry Farmers Association said Kenya is a net importer of raw materials, including maize.

“Feed millers get their raw materials from as far as India and Brazil and this makes feed in Kenya expensive. Farmers should form cooperatives to not only market their products but also buy raw materials, which can be used to mix own feed,” national chairperson Wairimu Kariuki said.

Farmer Joseph Kariuki, who sells his eggs at Wangige market, said a tray of eggs now goes for between Sh260 and Sh280.

“A few months ago, the price had reduced to between Sh190 and Sh200 and farmers could hardly break even. The cost of feed is so high and many farmers have abandoned poultry farming,” he said.

Dr Victor Yamo, a veterinary at the World Animal Protection in Kenya, said Kenyans are not consuming enough eggs, despite the country being a big market.

“We should eat what we produce first before we sell,” Yamo said. 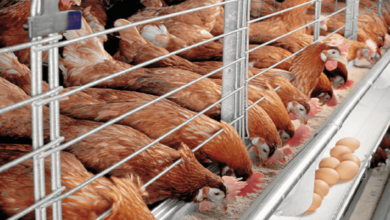 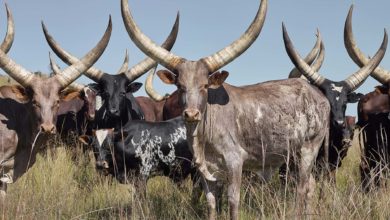